We were recently lucky enough to squeeze in a city break to the German city of Leipzig. I really wanted to write a ‘trip report’ style post to enthrall you all with what we got up to. I tried. It was rubbish. As much as I love to read those kind of posts, I guess it’s not for me to write them. So, I’ll stick with the tried-and-tested list. From me to you…things we did in Leipzig.

Leipzig station is a beauty. Built in 1915, it emerged fairly unscathed from two world wars and now combines historic elegance with all the amenities you could expect of a modern station. It is also home to a shopping centre and food court that, due to a quirk in German Sunday shopping rules which exempts shops in transport hubs, is able to trade on  a Sunday. And to possibly the nicest Starbucks I have ever seen. FYI, adjacent to the station you’ll see the abandoned Hotel Astoria. Built in 1915 and once the place to see and be seen, it was closed at the end of the Cold war and has remained so. I would have loved to try for a peek inside, but you can’t get up to those kinds of shenanigans with the family in tow. Next time? 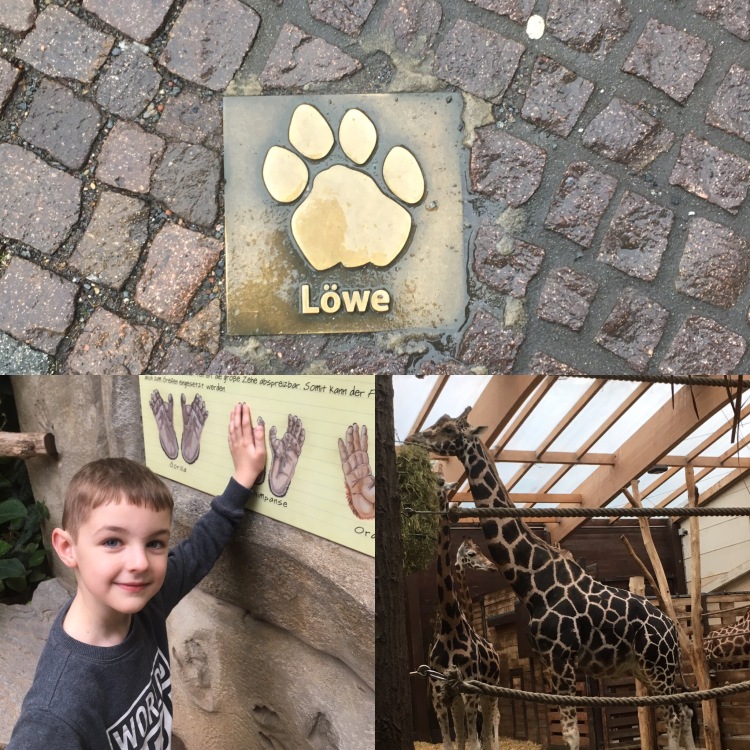 A must do, for all ages. You’ll find the way from the rail station to the zoo by following the bronze animal prints in the pavement. This zoo is rich in history , so much so parts of it are protected by a preservation order, but today provides a modern, interactive visitor experience. Based around six themed lands, the zoo has a great balance of indoor and outdoor attractions and enclosures, making it an all weather option.  Highlights include the monkey house and indoor tropical rainforest where you can walk in the treetops, wander the jungle paths or take a river boat. We only did an afternoon here, but you could certainly fill a day. You’d need a full day and some stamina to explore it all. Highly recommended.

The names a bit of a mouthful, especially if you don’t speak German but this is a monument on a big scale and it deserves a big moniker.  Built in memory of those who fell during the 1813 Battle of the Nations ( Napoleon trouble making again. He was defeated), this huge monument sits 91m above sea level and is one of Europe’s largest. In front of the memorial is the man-made ‘Lake of Tears’ symbolising the tears shed for those lost in battle. On a still day, the monument in all its glory is reflected upon the surface of the water. Stunning. 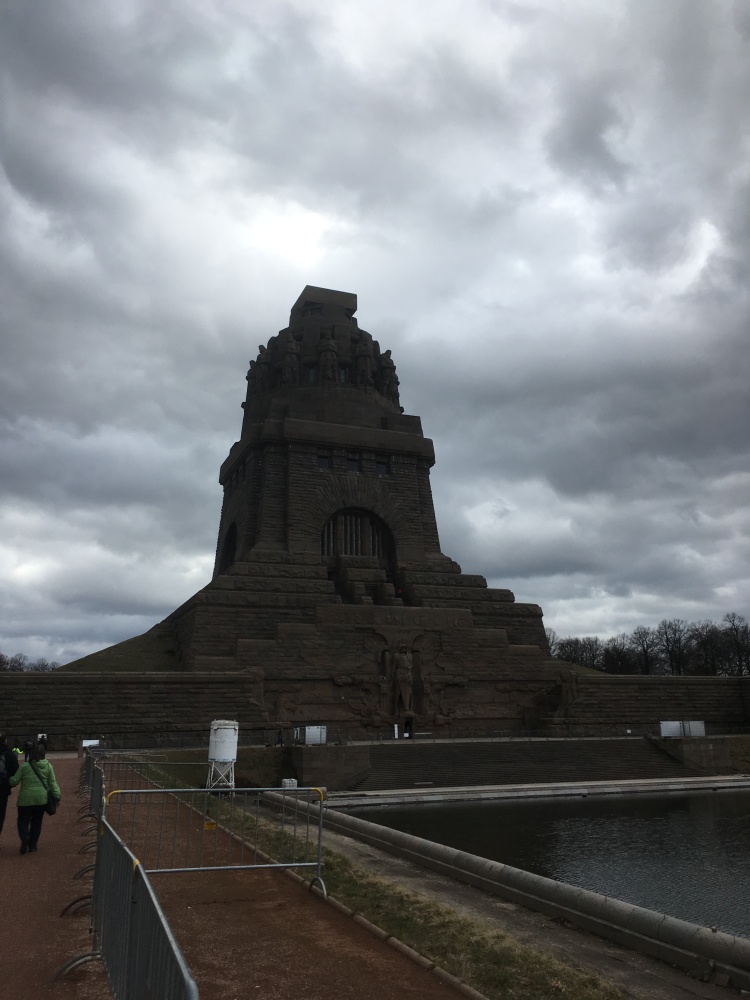 I’ve already published a blog post about this, so I wont go into too much detail but if you like something visual and you like it big, this is for you. The 360 degree panorama with light-and-sound-track is visually stunning and thought-provoking in equal measure. Great coffee served up in the Panometer cafe, too. Feeling energetic?  Take the hour-ish walk back into the city centre. You’ll amble through neighbourhoods old and new, interesting architecture and former industrial sites being reborn as creative and community projects. The fact the you’ll set out on this walk from an industrial relic reborn as an arts venue is neatly fitting. Not the Leipzig of the guidebooks, but a good way to get a feel for the place. 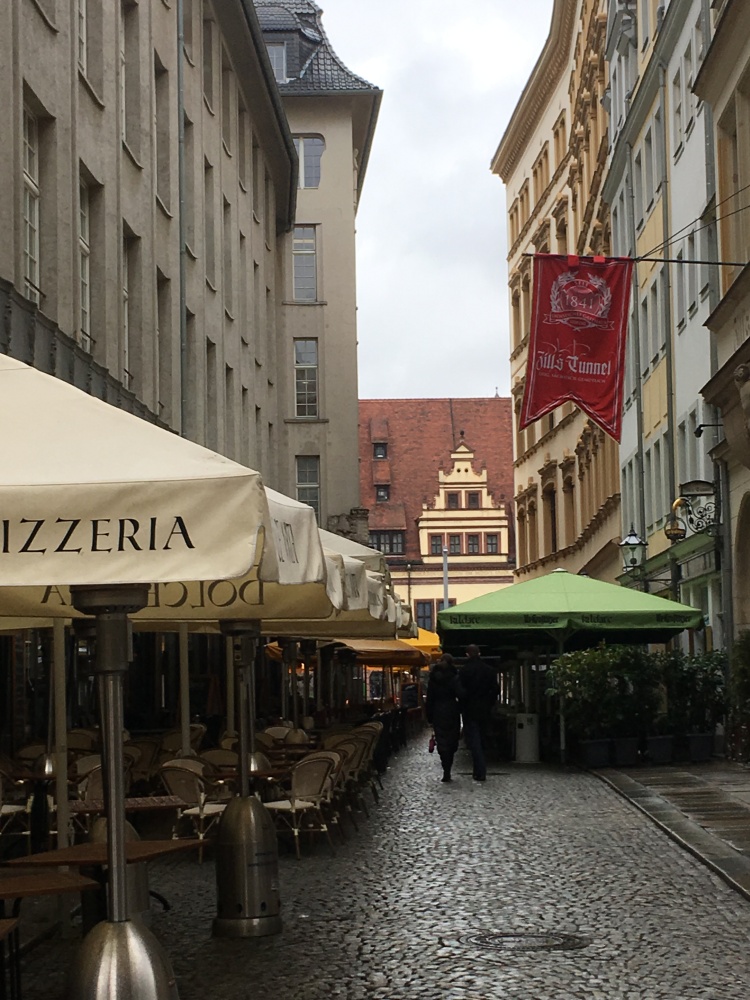 The Old Town & its Passageways.

A beautiful place to wander. The old city hall sits on the market square and you’ll see a surprising number of historic buildings, including the ornate old stock exchange.  As with many German cities, most of these building have been reconstructed following WW2. The old streets are connected by a number of arcades and passage ways, some have fallen into a bit of a state but if you look you’ll see a hint of former glory. Many are now home to specialised shops and cafes. There are several passageways to explore but the most famous is…

Beautiful to look at, pleasant to wander through and also home to two life-size statues inspired by the writings of Goethe. Apparently rubbing the foot of one will bring you a bit of luck. I’m not sure that holds true, but judging by how shiny said foot has become, most people give it a go. Under the Madler Pasage you’ll find the famous Auerbachs Cellar, a Leipzig institution said to have been a favourite of the aforementioned Goethe during his student years in the city.

This museum located in the former ‘Stasi’ head quarters is now home to the  exhibition “Stasi – Power and Banality” . Beginning at the end of WW2 before guiding the visitor through the methods and the meaning of the Stasi, the museum has kept as many original features as possible including the lino flooring, door grilles and radiators. It’s authenticity over a glossy finish, and it works. Most of the information is in German but an English audioguide is available for €5. The museum is free to visit.

On the exterior of the building there is a discreet plaque in memory of the American soldiers who liberated the building at the end of WW2. Easily missed, but worth a look. If history is your thing, there are two apps available to guide you through the history of Leipzig and round the sites that remain today.

This was our first visit to Leipzig and it was a bit of a wildcard destination, but it didn’t disappoint. It’s a city with a rich history and a youthful, creative feel. Neighbourhoods sprawl out from the centre but a compact downtown  and comprehensive public transport system make it easy to explore. Thanks for having us Leipzig, it really was fun.

You may also be interested in Hotel Review: Apartment Central, Leipzig.

Pulling the bags together for a weekend away hiking and am as ridiculously disorganised and last minute as ever. Any guesses where we are off to? Clue in the picture 🏴󠁧󠁢󠁷󠁬󠁳󠁿🥾😊
It’s Throwback Thursday so here’s one from the Summer, a gorgeous Richmond view. One of the good things to come out if pandemic restrictions is that we’ve been forced to look closer to home to travel and to treasure UK destinations we might have otherwise overlooked.
The Wolf was a bit high maintenance yesterday so we’ve kicked off today with a good few miles of forest & field and a chat about his behaviour. Does anybody else talk to their dog (in public) ? 🐺😊
Crisp morning walks on the Plain with my little mate. Love this time of year, Salisbury Plain takes on prairie vibes.
Love a wander canal-side. Pretty views and pretty houses 😊 Post up on the blog about obe of my favourite canal walks in Pewsey, would love you to have a read. Link in the bio 😊
Throwback Thursday pic from the days when this was on my doorstep and we’d wander the grounds and gardens, feed the ducks in the moat and them go to the ‘eis cafe’. Sunday walks and mega ice creams are a thing in Germany, even when its minus temps 🥶
Pretty little house, even prettier tree. If i had something this glorious in my garden, I’d let it grow wild and free too. Who needs a front door anyway? 🤷‍♀️
Autumn 🍂
Been to Marlborough to see the moon. Fabulous experience in a beautiful setting.
Day out by the sea today, wild and blustery but just what was needed to recharge the batteries.