After spending a few days in the city of Hamburg, the whole family was ready for a change of pace. An escape, if you will. So we a short drive up the coast to the resort of Travemunde on the Baltic sea. This, although a pretty port and lovely place, was not the final destination. This was where we picked up the ferry to the slightly more remote resort of Priwall. When I say ferry, that’s a little grand. It’s a little car transporting boat that takes the traffic across the harbour.  You can see one side from the other and the whole process takes about fifteen minutes. But it felt like a mini adventure, especially buying the tickets in our best-but-still-limited-German. Crossing the water lets you feel like every day life is left behind.

Our home from home was a beach chalet nestled in the sand dunes and connected to the beach by sandy paths and a boardwalk. If your idea of a good seaside resort involves chip shops and amusements, this isn’t the place for you.  The beach chalets are part of a holiday park, but facilities are limited. There is a small reception-cum-shop, a daily bread delivery , bikes for hire and a beach shack bar. And that’s about it. The beach and the Baltic sea are the stars of the show here.

This stretch of coastline is not hugely developed, possibly because it was borderland when Germany was divided. The pace is slow, the WIFI  none existent. Spending time here is about getting back to basics, walking, sea swimming, embracing wellness. Long days spent on the beach watching the huge ships come and go. Being busy doing nothing.

The beach might be underdeveloped but in typical German fashion it was very well organised. The sand is zoned with areas for dog walking, swimming and nudity. Apparently the watch towers for soldiers guarding the old border were right opposite the nudist beach. I’m betting that wasn’t an accident.

If you want to make a day of it, you can rent the typical German Strandkorb beach chairs. They can be rotated to catch the sun or turn your back to the wind. The canny Germans have thought of everything and these seats even feature a folding shelf for your book, sunglasses, morning coffee or glass of champagne. Much nicer than a towel on the sand and perfect for the changeable weather blowing in off the Baltic.

After a few days in high-end, fast-paced Hamburg it was a complete change of pace to spend time just messing about on the sand. The tide line was rich pickings for beach finds. Along side a pretty collection of sea glass and shells, we also found a lot of dead crabs and a washed up, eel like fish. Gruesomely fascinating. If you want pleasant beach strolls and general seaside loveliness, I’d advise against taking a seven-year old boy with you. They like dead stuff , ask a million questions and always need the toilet when your about three miles away from them.

While the deceased wildlife was no issue, we did have a few niggles with the living variety. The sea on this stretch of coastline slopes very gently and remains shallow until you are some distance out, making it perfect for none swimmers and families. And not even that cold, in the height of summer. But, it was infested with jellyfish. And I’m talking tea plate size with long, trailing tentacles.  Initially, we decided to be bold and undeterred by a bit of wildlife. But then two of us got stung and we all felt a bit less brave. A shame, as there’s something lovely about swimming in the sea.

Back on dry land we discovered that the sea gulls were to be carefully watched. They certainly weren’t shy and would come right up to you. We thought this was just because they were used to people until we watched one boldly steal a packet of biscuits from someones picnic. Feathered thievery! 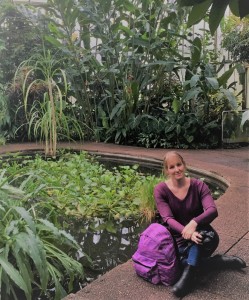 This is the place where I share my adventures and all the things I love. I’m so glad to have you here.

It’s been a minute since i shared a I-could-live-here property shot, so here we go.
Red brick, red leaves, Autumnal tones everywhere 🍁 Lovely colours spotted in Marlborough , new blog post up with a bit of chatter about what else this pretty English market town has to offer. Would love you to have a read, link in the bio 😊
Early evening walks at golden hour. Miles to roam and not another soul about. Perfect way to end the day.
Day out hiking with @paulstory21 and @littlewolfrocky. Lovely walk up to the Lansdowne Monument and back via the Cherhill White Horse and Oldbury Hill Fort. Also found a little friend along the way 🐄😊
Even in Autumn the English countryside is abundant. Things that once bloomed are fading but still beautiful. A reminder from Mother Nature that there is a time for all things and everything will work out as it is meant to. That’s something I need to keep in mind as I navigate times of uncertainty and change.
Monday morning and the weather has taken a turn for the wet & windy. Very British chatting about the weather, isn’t it?
There’s a little chapel near me nestled in the woods I walk round often called The Mortuary Chapel. It’s generally locked up but today, two years since I moved to Tidworth, they held an open afternoon and I had a peek inside. Isn’t it pretty?
Fresh eggs from our lovely neighbours ☺️ The camera doesn’t quite do them justice, they’re all slightly different shades of the palest pink and blue 🥚
Apparently today is International Gratitude Day. I’m grateful for having this (almost literally) on my doorstep. What are you grateful for?
Love seeing the landscape cycle through the seasons. It’s also testament to how hard and endless a farmers workload is, but where would we be without them?