First things first, what is a Kelpie?

A Kelpie is a mythological creature that can be found in the lochs and waterways of Scotland.  Said to have the strength and endurance of ten horses, they are most often depicted in equine form. 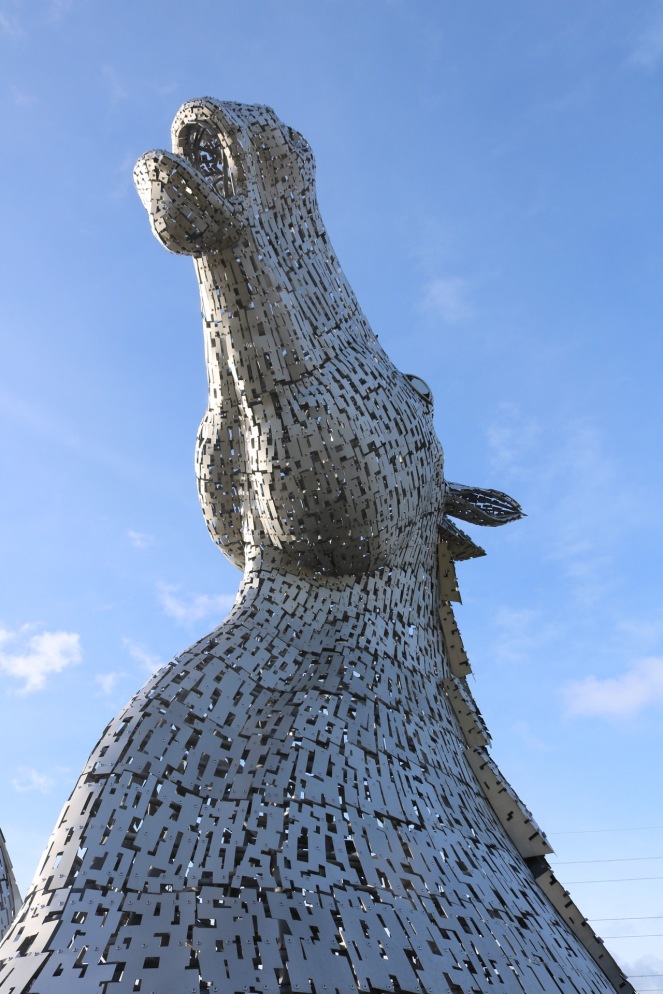 So, being a myth…where did I find one?

Not one but two, in the form of two striking sculptures at the Helix Park, located between Falkirk and Grangemouth. The Kelpies are a stunning focal point, but the area also has miles of canal side walks, cycle paths, wetlands a great adventure playground and a boating lake.

Being creatures that have their roots in tales set around the lochs and rivers of Scotland, it is very fitting that the sculptures themselves sit upon the water. Built into an extension of the Forth Clyde Canal, there is something whimsical about seeing the two horses heads grace the skyline while their reflections grace the water below them.

Yes, they do and that’s no coincidence. The artist who created The Kelpies, Andy Scott, deliberately married the idea of the mythical water horses with real life heavy horses. Who would, of course, have been found working along the Forth & Clyde Canal alongside which the Kelpies now stand. The life models for the structures were actually a pair of Clydesdale horses by the name of Duke & Barron.

So that’s the creative background. But making it happen must have taken some serious engineering?

Absolutely. Looking at The Kelpies in numbers gives some idea. Each structure weighs in at 300 tonnes, measures 30m in height and stands on steel reinforced concrete foundations. Almost 1000 unique stainless steel skin plates complete each structure. Amazingly, the pair went up in just ninety days. The blend of mythology, creativity and technology is beautiful. 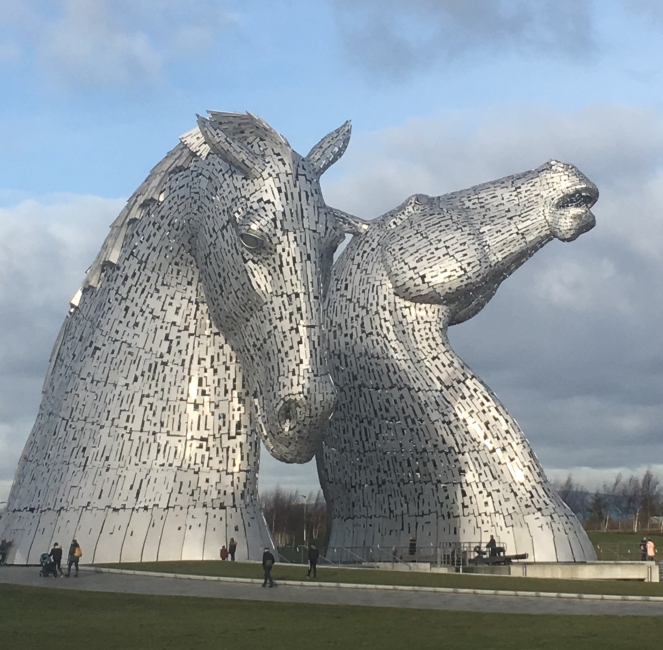 So, an amazing piece of artwork based on local heritage. No such thing as a real life Kelpie though…

Well, maybe not in the emerging-from-the-water, strength-of-ten-beasts sense. But there is a little bit of local history that has a mythical feel of its own. Carnera was a working Clydesdale that pulled wagons for local drinks company AG Barr in the 1930’s. As the story goes, Carnera stood over 19 hands high and pulled three tonne wagons loaded with soft drinks. Made by the company that produces the curiously Scottish delicacy that is Irn Bru. Thats the drink said to be, ‘Made with Girders’. It doesn’t get much more Scottish than that. I reckon Carnera is probably about as close as ever there was to a real life Kelpie.

As an aside, if you haven’t tried Irn Bru yet, you really should. At least once. Fair to say, there’s nothing quite like it.

A visit to the Helix Park & The Kelpies is a very do-able day trip from Edinburgh or Glasgow. There is full information about how to get there by car and by public transport and also up-to-date news about activities, events and so on here. The park is free to visit and parking is free until March 2019.

We found the Helix Park to be very well equipped with toilets, picnic areas, cafe, ample parking and lots to do aside from seeing The Kelpies. Although honestly, even if that was all there was, it would still be worth a visit. It’s also a very dog friendly day out.

4 thoughts on “A Visit to The Kelpies”