Where ever I  travel, I like to adopt things. Not animals or children, I’ve enough of both to keep me going for the foreseeable future, but traditions, locally made goods. Food and Drink. Especially the last two.

Those who know me will know that I like a little bit of something sweet most days. Just a fair warning, if you are a clean eater or one who extols the evils of sugar, this might not be the post for you. I salute you and you are very welcome here, but this post is gleefully and unapologetically a tribute to a trio of sweet, sugar laden delights. Plus a fizzy drink and a caffeine hit.

A rediscovery, I’ve been an enthusiastic consumer of these long before I settled on Scottish shores. What I didn’t know  though, was that the tea-party perfect Empire Biscuit has its roots in Scotland. The Empire Biscuit of today is a variation on the earlier German or Linzer biscuit, which remains popular with our European neighbours. At the outbreak of WW1 ,so the story goes, such a Germanic sounding treat was deemed unpatriotic and the two layered biscuit was renamed.

It’s a fitting name, I think. Having spent some time exploring the cemeteries and churches of Scotland, its clear that Scotland answered when the British Empire called, sending many of its sons and daughters to serve it. The Empire may be a thing of the past but the humble biscuit means the contribution of the everyday people who helped to build it needn’t be forgotten.

When we first arrived in Scotland, I made the mistake of thinking Tablet was just what the Scots called fudge. Different name, same difference. I was wrong and to Scotland, I apologise. Tablet is definitely a sweet in its own right and, when made properly, in a league of it’s own.

Tablet has a more crumbly texture that fudge, and more depth of flavour. It melts in the mouth and is very, very moreish. Taste it as it comes, or flavoured with vanilla, nuts or whiskey. I defy anyone to have just one piece. Tablet even gets a mention in the 18th century household books of Lady Grizel Baillie. If its good enough for an 18th century lady, its good enough for me.

This one has me a bit puzzled. I’d not encountered the Scottish Tarts I’ve been eating, before I moved here. But, when trying to find out about the origins of the recipe, I can only find information for a confection involving whiskey and dried fruit known as the Ecclefechan tart. 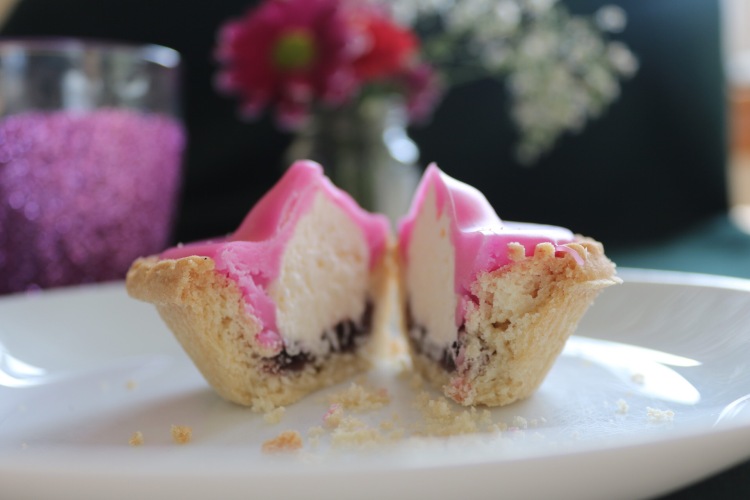 Perhaps these individual Scottish tarts are a more modern addition to Scottish cuisine, like the fabled Deep Fried Mars Bar. I’m not sure on the origins but I do know that these cream and jam filled pastry cases topped with a coating of fondant go down a treat. They are quite small so feel free to have two. A little of what you fancy and all that.

Of course when you have a little something, you might want something to wash it down with.  And I really couldn’t talk about food and drink in Scotland without a mention for…

If you haven’t had the pleasure, Irn Bru is a carbonated soft drink affectionately known as ‘Scotland’s other National Drink’. I believe the first one is whiskey, although the Gin scene is grand here too, so take your pick.  With its distinctive orange colour and sometimes controversial ad campaigns, Irn Bru is the maverick of the soft drinks market and a bit of an acquired taste. If you’re visiting Scottish shores, give it a go. If you don’t, it would be like visiting Italy and not eating pasta. Unthinkable.

If getting through the day without a caffeine hit or three is unthinkable, opt for a brew that keeps on giving even after your cup is empty. Profits from Scotland Street Coffee are donated to The Mamie Martin Fund, a Scottish charity that concentrates on funding girls through secondary education in Malawi. It’s a lovely coffee that will perk up your day, just as much as knowing that your supporting a young woman in education will. 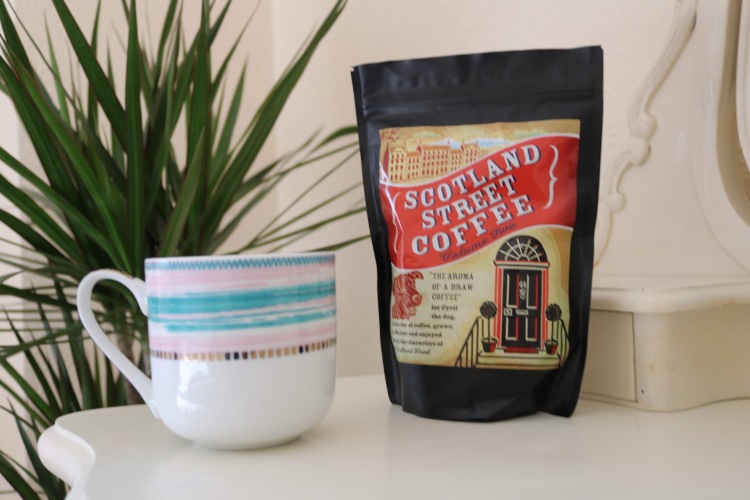 I picked up a packet in the gift shop at the Royal Botanic Gardens in Edinburgh, but you can buy online here. Details of the Mamie Martin Fund can be found here.

That’s my party of Scottish goodies.  I hope you’ve enjoyed reading this post as much as I’ve enjoyed creating it. It was delicious. Please remember to treat yourself  sensibly. That means brushing your teeth thoroughly and no peeking at the nutritional information until after you’ve indulged. Enjoy!

Happy International Bee Day! Today is a celebration of our favourite little pollinators, and also the day Anton Janša, the pioneer of beekeeping, was born in 1734.
Took a moment on the morning walk to watch this little bee doing it’s thing. Can’t look at 🐝 the same way since reading The Bees by Laline Paull. Fascinating read, highly recommend.
Salisbury Cathedral. Always a pleasure, this weekend something extra special as it was transformed into a huge indoor garden for the Festival of Flowers. Just beautiful 😊
One from the archives because today’s weather was rubbish. Hoping for better tomorrow.
Basingstoke is such a little gem of a place. Did you know it had two parks? Both quite different, both very lovely and within walking distance if each other.
“ The villagers were still displaced,all sense of home lost as the military used their history, their memories, as target practice”
Morning walks in the sunshine. Making the most if it, looks like evening walks might not be so lovely 🌧
Well Basingstoke is turning out to be a little gem of a place, who knew?
Finished off the day with a woodland wander and then marshmallows round the fire with the kids. Simple pleasures 😊
More property lurking from me. Not even sure where I took this, bit the angle suggests I was feeling artistic 😆 Love the red brick and the old chimney wrapped in wild planting all around... lovely 😊