The second day of our trip got off to an early start. I’d like to say because we were super organised and really keen to get going. Truth is, we got an early wake up call from our big and bouncy six month old German Shepherd. Moral of the tale- if you value a lie in, don’t buy a big bouncy puppy. Especially not just as the kids start sleeping in.

The drive from our overnight stay at Delny Glamping up to the ferry port at Gills Bay Google mapped at just over two hours, but travelling with the family plus a dog we always plan for extra time. The road took us past some amazing places, this part of Scotland really does have it all in terms of beautiful views.

What the road from Invergordon to Gills Bay doesn’t have, however, is much in the way of facilities. And out of the main tourist seasons, places you do find might be operating to limited hours. After miles of wild and winding road, the route to the ferry port took us through Wick where we made a quick pit stop for breakfast. I’d love to have been able to recommend a cosy little spot for breakfast here, but we went to Lidl and bought a feast from the bakery. Lidl was our local supermarket when we lived in Germany and we haven’t been to one since moving to Scotland so it was a bit of a treat picking up some old favourites. Pretzel for breakfast, anyone?

The short drive from Wick to Gills Bay winds its away along some dramatic coastline and  stunning , secluded beaches. The ferry port, when you get to it, is a bit of a surprise. Especially if you are used to the scale and facilities you’d find in some European ports. Gills Bay is pretty understated, there’s a single story building that triple hats as a ticket office, café and shop and a small walled harbour area. And that’s your lot. Low key and laid back. You could say that’s a good indication of what’s to come.

We made the crossing from the Scottish Mainland across to Orkney ( confusingly, parts of which are also called East Mainland and West Mainland) using Pentland Ferries, based on the fact that it was a shortest and quickest route to get us and the car across  and that it delivered us into the village of St Margrets Hope, the closest port to our holiday home. Sailing through the Pentland Firth and into the Orkney Archipelago, it’s a scenic sailing. Facilities on board are limited though, this is really more of a sea-going bus service. There is a small café  , toilets and some airline style seating for those wanting to relax. As dogs are only allowed on the outer decks, we made both crossings up on deck in the fresh air. It was brisk, to say the least.

Driving off the ferry on arrival at Orkney takes you straight into the pretty port and village of St Margrets Hope. There are no terminal facilities as such as this side either, but there is a pub, café and small general store in the village.

Much of the accommodation on Orkney comes in the form of self catering rentals. We did most of our trip planning using Orkney.com, which is where we found our home for the week, West Shaird on the island of South Ronaldsay. We’d been in contact with the owner, who offered to organize some groceries for us and then let us know that if she wasn’t about to meet us on arrival , she’d leave the house unlocked and the keys in the door. You don’t do that in Edinburgh. Things in Orkney are just…different.

We booked West Shaird for three good reasons; It had two bathrooms, a bonus when the party includes two teenage girls. A quiet location, surrounded by open land with few neighbours. And the real clincher? No Wi-Fi. Not in the house and not for miles around. Unplugging did us all good.

We rounded off our first full day in Orkney with a drive into Kirkwall to pick up some groceries. To our delight ( doesn’t take much) we found another Lidl. Happy days picking up old favourites from Germany on a Scottish Island holiday. We found a path straight from the front door to a small rocky bay and adopted it as ‘our’ beach. We lit the coal fire and sat round eating Pizza and chatting. With no wi-fi and limited TV channels, something happened. Everyone started drifting to the fire in the same way we’d usually pick up the phone or switch on the TV. 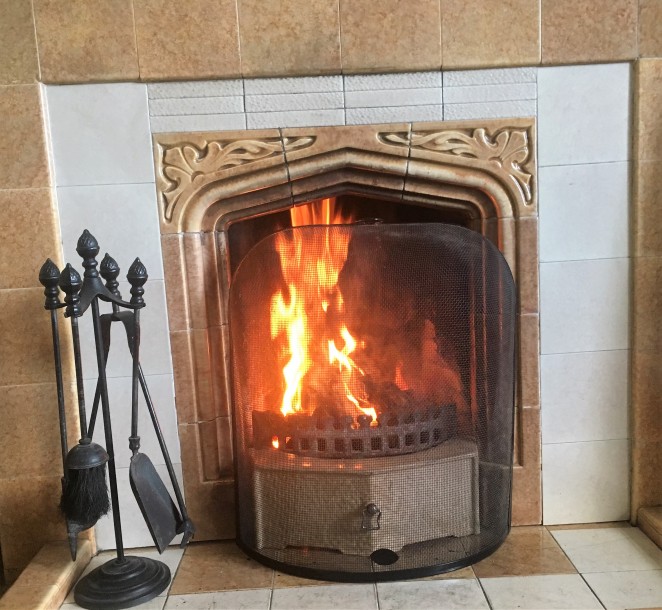 Like I said, things are just a bit different in Orkney. A bit slower, a lot quieter. Low key and relaxed. Lots of time for beach combing, exploring, evening walks and being up at the crack of dawn courtesy of the big bouncy puppy. Can’t have it all, hey?

Long head clearing, cheer-me-up walk with the wolf today. The husbands back at work properly now after five weeks post deployment leave and it’s an adjustment. Feels like army life is a constant cycle of adjusting to one set of circumstances only to be thrown headlong into another.
Skirted the edge of Bath en route to Wales last weekend oh, be still my beating heart 😍 Street after street of houses that look like dolls houses. What I wouldn’t give for a look inside, bet there’s some gorgeous staircases and fire places and shutters at the windows.
Beautiful buildings in that honey coloured stone, wrought iron balconies and ornate carvings 😍 all under blue skies in leafy streets. This could be in any European city, but is actually Newport in South Wales. A pretty little city perfect for a weekend adventure 😊
Friday means local market, country walk and caramel shortcakes.
Hello and welcome to The Tuesday edition of ‘Helen Being A Creep Outside Someone’s House’
It’s a beautiful day here in sunny Wiltshire. Kicking off the week with a walk through forest and fields with the wolf and the husband, then home to work out. Not sure how much I’ll get done for the rest of the day now but at least I started strong, right?
Sun has been shining, took a walk round Tedworth House, watched a bit of polo, went home and ate cake. It’s been a nice day 😊
Had a lovely morning strolling around Hungerford with the husband and the wolf. Planning a trip back to explore the antiques shops and a couple of boutiques that caught my eye. Oh and this cafe with a gorgeous display of vintage china in the window. Just look at the shapes and the flowers and the colours...gorgeous 😍
In my best Loyd Grossman voice: Who lives in a house like this?
No Monday Blues here, I hope everyone’s week is off to a good start. It’s seems like Summer is easing her way in at long last so there’s that to be glad about. Better weather means more time outdoors; long walks, wild swimming and evenings round the fire in the garden. Perfect 👌