When I found out my family would be relocating to Wiltshire, I wasn’t sure what to make of it. For those who don’t know, my husband is military so we don’t exactly choose where we live and don’t always know that much about where we are going. Keeps life interesting, hey?

Say Wiltshire to most people, they might think Stone circles, Salisbury Plain, Cathedral. As a military wife, I’ve spent years listening to talk of the area becoming a ‘Super Garrison’. So with that and the negative publicity of the Novichok shenanigans in the back of my mind, I reserved judgement. Prepared to make the best of it, uncertain what to expect.

Being a family that moves about a fair bit, we don’t over think where we want to live but focus instead on how we want to live. Things and places that come together to create contentment. Happiness. Home. Many of the things we want to include in our lives, where ever we may go, can be found here. Country walks, open space, historic towns, pretty villages, country pubs, tearooms galore.

All of that to say, Wiltshire is lovely. I feel at home here.

But, there is more. This place is the posting that just keeps on giving. Because there is something else I have found all over the place since I moved here. Something that has me fascinated and utterly charmed.  And it is all of the thatched cottages and their resident straw animals. 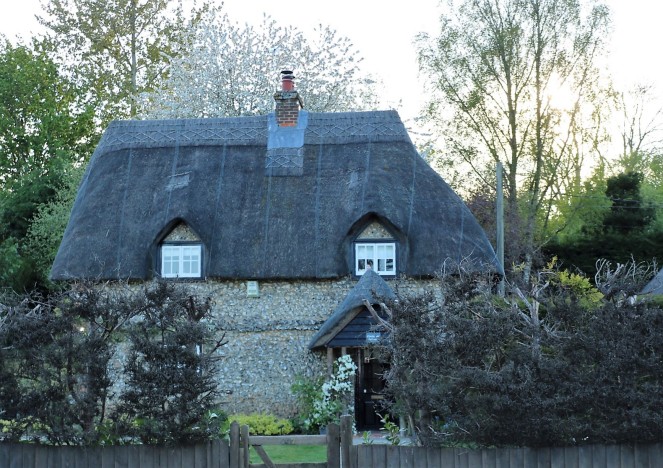 Until I moved here, I didn’t even realise thatched cottages were still a thing. In my ignorance, I thought the skill of thatching was a dying trade and so the thatched cottage was a very rare breed. And while I wouldn’t say it’s common to have a thatched roof in these parts, you won’t have to go far to find the work of a thatcher. And not just homes…pubs, post offices and other places, too.

The roofs themselves are a thing a beauty. Being a technique and a craft rather than an exact science, no two roofs are quite the same.  Some are very plain, some have slight embellishments and patterns. Some fall in a straight line, some curve around porches and doorways. They all have a straight-from-a-story-book, fairy-tale charm about them.

And then, some of these heritage properties have a little something else. If you look up and keep looking, you might spot a pheasant, or a couple of hares or even a deer. Not real ones, but ones made of straw. Known as straw finials, this is the modern version of a tradition that goes back centuries.

Traditionally, straw dollies and creations were placed on haystacks to indicate ownership and to ward off poor luck and evil spirits. The straw finials of today are a product of creativity rather than superstition, but its lovely to see tradition and creativity coming together. Giving a heritage craft a modern appeal.

I’m a lover of all things woodland and country inspired. So it goes without saying that a thatched roof with a woodland creature as the crowning glory is going to be right up my street. But as I live in a new-ish build military quarter, a thatched roof is out of the question. Imagine explaining that one to the housing officer when we leave? I thought about buying a straw animal for the garden, but that might just prove too much temptation for our mischievous Belgian Shepherd. 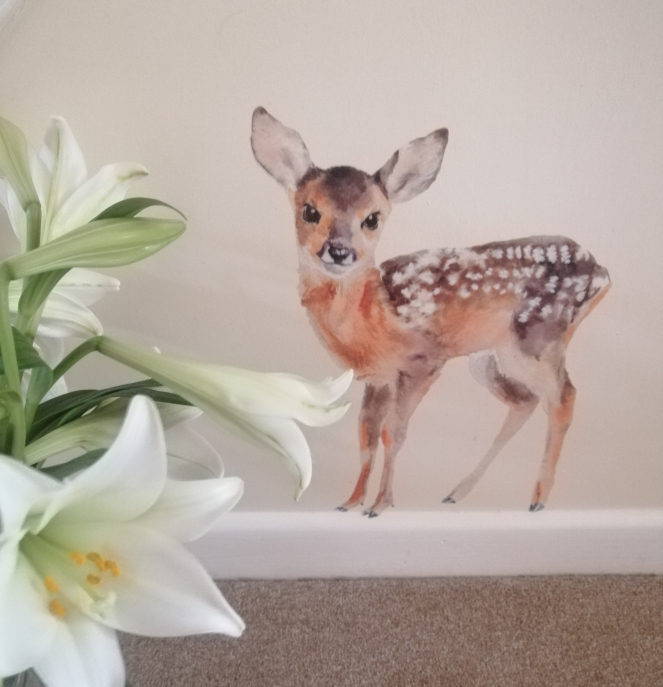 But I love the idea of our little home in the country having a woodland creature or two to call it’s own. So, what is a girl to do? Well, reimagine the idea to fit the life we lead. Using vinyl wall stickers from The Woodland Collection at Chocovenyl,I now have a resident deer cheering up a blank space in the hallway. And a squirrel perched over my wardrobe door.

Oh, and a very tolerant husband who never objects to my latest inspired idea. Even if it does mean he gets dressed under the beady eyes of a red squirrel every morning. He’s a keeper. 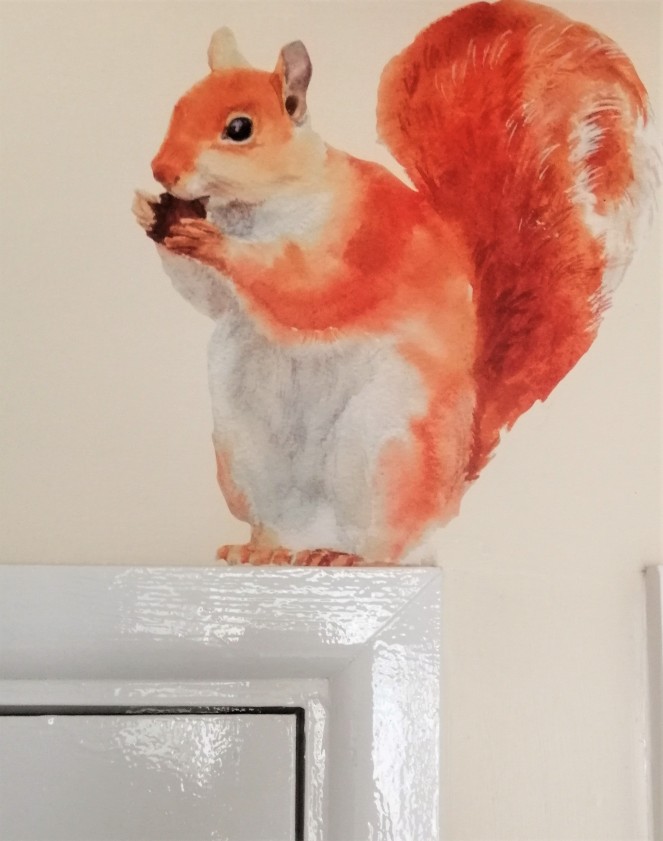 By the way, the deer has been very unimaginatively named Bambi. The squirrel is as yet nameless. I’m open to suggestions, what do you think?

If you’d like to see more examples of the straw finial, take a look at The Straw Store.