Another month comes to an end. That makes it just about half way through the year. Time is flying, even if we are all having a bit less fun than we might like. I quite like writing round up posts like this one, it’s a nice way to reflect on the positives of the month just passed and a place to chat about bits and bobs that don’t fit in anywhere else on the blog. I did wonder about writing one this month. Surely, at this stage of lock down, there’d be little to write about? Well, no. Turns out May has been a lovely month for things like…

Loving Where I Live

As an army wife who moves around a fair bit and a girl who loves an adventure, I like to be going somewhere. I’ve always got my eye on the next place I want to be, see or visit. Being at home has forced me to stop and enjoy where I am right now. Appreciate the now and everything  I have around me.

I’ve walked from home pretty much every day this month and it’s given me a renewed sense affection for the place I live.  I’ve watch the kites and buzzards over Salisbury Plain and had a go on a military assault course. Turns out I’m not as fast or flexible as I’d like to think. I’ve found a tiny church and graveyard tucked into the edge of a forest and gazed through the gates of our local country house. I’ve also spent some long and lazy days in the garden. Chatting, playing scrabble, pottering. Or just doing a whole lot of nothing.

The lesson here for me being, it’s ok to look ahead but don’t overlook what you already have. That said, I can never resist a little bit of…

Planning for the Future

Mr THL and I have had vague ideas about owning a camper and post-army van life for a few years now. Having had more time at home together lately than ever , we’ve started working out some real plans for the future, including getting ourselves a van renovation as a family project. Given restrictions on travel and the need for social distancing, we can’t push this  one as hard as we’d like quite yet. You Tube, Pinterest and  browsing the pages of Van Life is keeping us fired up for now. 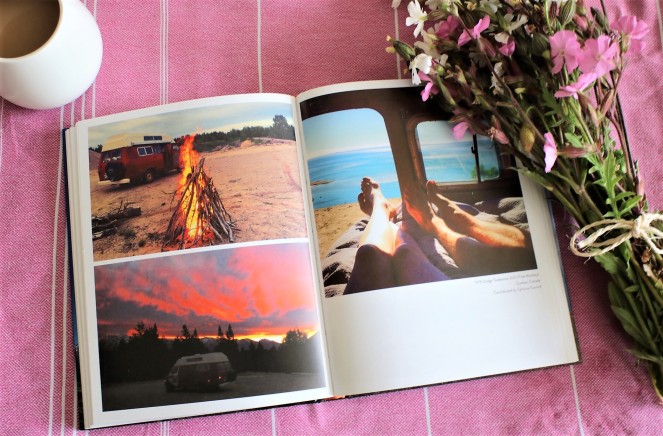 This is definitely going to be one of those not-sure-what-we’re-doing-but-doing-it-anyway things. Dream big now, finesse the details later, right?

Enjoying a Little Gift From Nando’s

I love Nando’s. Love it. I was living abroad when Nando’s really took off in the UK, so I’ve been a bit of a late adopter, but I’ve definitely made up for it since. I know missing a much loved takeaway is a bit First World Problems in the grand scheme of things but I do miss it. So getting a little gift through the post from my favourite drop-in-for-dinner place was a lovely morale boost.

Must admit though, lovely as it is to recreate a little Nando’s fix at home, its not quite the same. As soon as those grills are being fired up again, I’ll be there.

Alas, not really. Only via the medium of Netflix. Mr THL and I have been watching Bordertown, a Finnish police drama set in the lakeside city of Lapeenranta.  The scenery is stunning and the characters very likable, even if the death rate is improbably high for such a small place.

Finland has been an ‘on the list’ destination for a few years and delving into some Finnish TV has put the idea of family trip back on our minds. There’s a bit more on that coming up in a future post. Who wouldn’t want to visit a country voted the happiest place in the world?

Love doing both. Not at the same time, obviously. This month, one has inspired the other. I’ve just finished reading The Salt Path by Raynor Winn. It’s a romance, an adventure and a tale of triumph. It’s also a true story. Highly recommended. 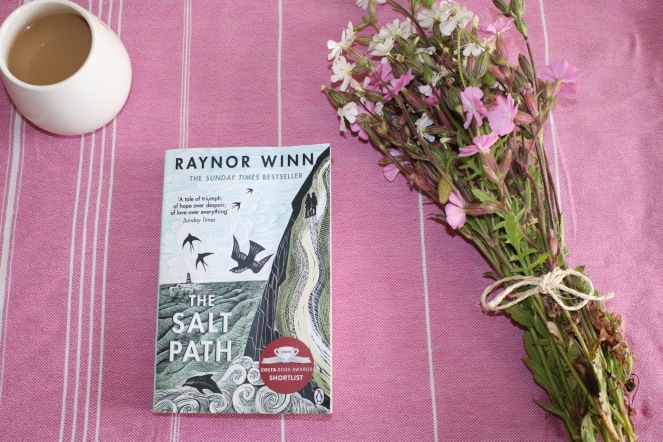 I’ve always enjoyed walking and hiking, but The Salt Path has me fired up again and keen to tackle some longer distances. Walking can be about so much more than just putting one foot in front of the other, and since it seems like we are going to be living with travel and social restrictions for a little while yet, it’s a good time to get back into it.

So that was my May. The most exciting month? Not really. A happy one though. With time to walk and talk, dream big and make plans. There’s a lot to be said for that. I’d love to hear how your May went, let’s chat in the comments.

5 thoughts on “May Monthly Round Up”